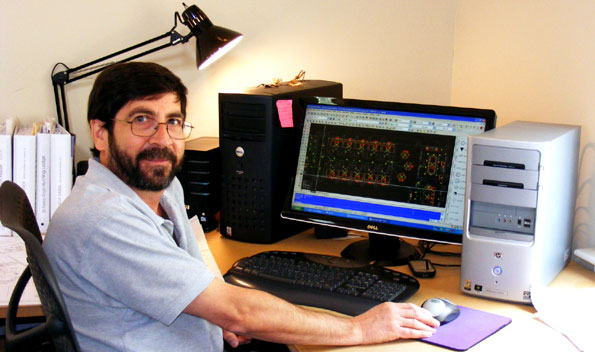 Juan Zaizar
CAD Manager
Juan Zaizar was born and raised in Mexico. He is originally from the state of Morelos about 50 miles south of Mexico City. Upon graduating from high school, Juan spent some time studying Visual Arts at the University of San Carlos in the historic district of downtown Mexico City. He went on to complete his studies in architecture at the Universidad Autonoma de Mexico (UNAM), also in Mexico City. It was during this time that Juan pursued other interests related to art and architecture including working in restoration at the National Palace of Mining, one of the many colonial treasures of the city. During this time he also worked his way through college assisting his uncle, Alfredo Castaneda a renowned surrealist artist. Juan worked for several architects in Mexico which exposed him to a variety of styles and techniques typical of that region. Later Juan relocated to the United States. He first established himself in Atlanta, Georgia. He had the opportunity to work for O'Kon & Co. where he gained experience in commercial and institutional projects. One of the notable projects he assisted in for this company. was the Carter Library in Atlanta. In 1998 Juan moved to Kerrville, Texas. Since then he has been working the Hill Country of Texas in many residential projects as well commercial. He became a part of the Kissling Architecture team in 2002 and has contributed as CAD manager and IT.